Menu
Menu
PrevPreviousLook out: How to identify invasive plants on your local waterway
NextWatch out: how to spot evidence of pollution on waterwaysNext

How does increased rainfall influence pollution in waterways?

We hate to say it, but many of us are guilty of moaning about the UK’s wet weather. Unfortunately, as the climate crisis unfolds, rainfall looks set to intensify across many parts of the UK. To adapt to this weather, we will need to change more than our attitudes. We need to reform our agriculture, our water treatment and our urban planning if we are to prevent an increase in water pollution.

During periods of heavy rainfall, agricultural pollution has been found to increase dramatically1. The winter of 2019 to 2020 was the fifth wettest on record since the nineteenth century. Waterways monitored close to agricultural land were found to hold higher levels of nitrates and phosphates – substances used in fertilisers and pesticides – than they had done in previous, dryer, winters.

When it rains more, fertilisers and pesticides are often washed from fields before they can be fully absorbed. As a result, more nitrates and phosphates flow to nearby rivers and streams. Once in the water, these substances cause algae to grow excessively, to the point that it blocks sunlight from reaching below the water’s surface. This process, known as eutrophication, is hugely damaging to aquatic life. Unless the use of fertilisers and pesticides is altered, we can expect to see more eutrophication of waterways as rainfall becomes heavier.

In the UK, we have a sewage system formed from thousands of miles of underground pipes. As a combined system, these pipes carry both our wastewater and clean rainwater to the sewage works to be processed.

Combined sewer overflows (CSOs) were developed to prevent sewage from backing up and overflowing during heavy rainfall. Under normal conditions, the CSOs transport all the collected wastewater to sewage works for treatment. Once processed, the cleaned water is then discharged to a nearby waterway. However, during heavy rainfall the volume of wastewater often exceeds the capacity of the CSO. In these scenarios, water companies are permitted to immediately discharge untreated wastewater into the surrounding waterways.

CSOs will exceed capacity more frequently as a consequence of increasing rainfall. This means that more wastewater will be discharged without treatment. Changing our sewage system to increase capacity would be a huge investment, however unless it is improved, more and more faecal bacteria and sewage waste products will end up in our waterways.

With concrete buildings and tarmacked surfaces, the UK’s towns and cities are already areas where little water can be absorbed into the earth. Instead, rainwater flows over these urban surfaces until it reaches a river or stream. Carrying pollutants, such as litter, microplastics and petrol, urban water runoff is highly damaging to water ecosystems.

The climate crisis will increase the likelihood of extreme rainfall in the UK, but our cities are currently unprepared. Urban drainage systems will be unable to cope with the excess rainwater, leaving no other option than for water to flow to nearby waterways. As such, the concentration of urban pollutants entering our waterways looks set to increase. However, there is hope. By gathering data, we can powerfully communicate the scale of this problem to decision makers throughout the UK. We know that protecting water quality is imperative to human and environmental health; now we need to build a strong case to drive political action. 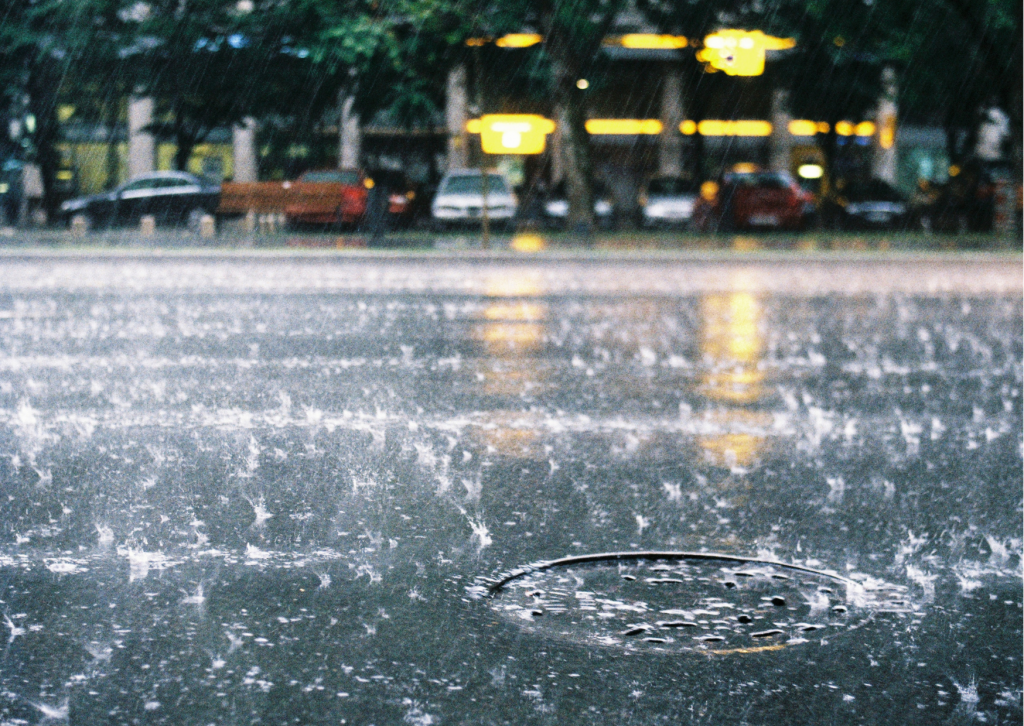