On World Ocean Day 2021, Planet Patrol partnered with REN Clean Skincare and NEUBAU Eyewear to launch two brand new Missions in the Planet Patrol app. Together, we can play a part in helping to protect our oceans and waterways from the harm caused by plastic and single-use pollution. 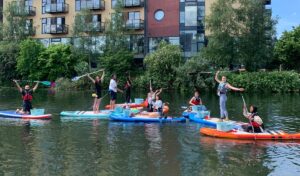 On 8th June 2021 – World Ocean Day – we spent the day with REN on London’s canals running paddleboarding clean ups to help remove litter pollution from the waterways. At Planet Patrol clean ups we teach people how to paddleboard and in return, you pick up litter you find when out on the water. Back on land, we tip out everything collected and record litter found by type and brand in the free Planet Patrol app. On World Ocean Day, 867 pieces of litter were removed and recorded, with plastic fragments, plastic packaging, plastic bags and plastic cups being the most common items found.

80% of ocean plastic pollution comes from inland sources: waterways are the highways to the oceans

Our inland waterways lead to the ocean, so litter in rivers and canals will eventually end up contributing to the increasing amount of pollution in our oceans; unless we do something about it. By joining Planet Patrol clean ups or doing your own litter picks, you can help contribute to the growing movement of people stopping litter entering our oceans. 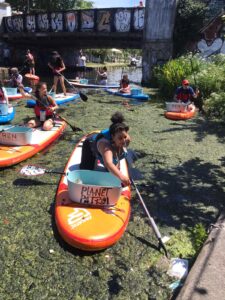 Our free mobile app allows anyone, anywhere in the world to record the types, brand and locations of litter found so that we can use this as evidence. We then use the data collected to spot trends and patterns in the litter being found and use these insights to develop real, closed-loop solutions to tackle the single-use litter crisis.

We also take our findings and recommendations to government and businesses to work together in implementing these solutions in real life.

REN doesn’t only believe in clean skincare, but a clean planet and future too.

For more than three years, Planet Patrol has worked with REN Clean Skincare towards our shared vision of a cleaner planet andfuture for all. For World Ocean Day 2021, REN celebrated by launching their own Clean Up Mission in the Planet Patrol app to collect 10,000 pieces of litter by the end of the year. They’re calling on their clean-loving community to help by joining the mission on the Planet Patrol app and helping to remove as much litter as possible from nature. You can find out more about the REN Mission here. 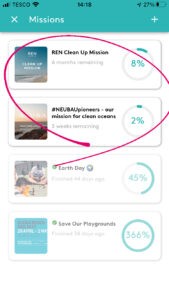 Another business creating waves with Planet Patrol this World Ocean Day 2021 is Austrian eyewear brand NEUBAU Eyewear. They’ve just launched their “Perspectives of Pioneers” Special Edition glasses, “homage to the fascinating world of the oceans” to encourage us to keep a watchful eye on the oceans to help conserve and protect them.

NEUBAU has joined forces with Planet Patrol to launch an international litter picking initiative, with the goal of minimising litter both on land and in the oceans. The Mission went live in the Planet Patrol app on Tuesday 8th June 2021 to celebrate World Ocean Day and will run until Wednesday 30th June. The goal is to create an international community of #NEUBAUpioneers to collect and record 8,000 pieces in this Mission.

And if protecting the oceans and biodiversity isn’t incentive enough, Neubau are also rewarding the top three most active #NEUBAUpioneers with a pair of their special edition, ocean-inspired Lotte & Hans sunglasses worth €400. Read more about Neabau’s mission, partnership with Planet Patrol and their special edition “Perspectives of Pioneers” range here.

World Ocean Day might be over, but our mission to clean up the planet isn’t!

Just because World Ocean Day has been and gone, doesn’t mean it’s too late to get involved. Download the Planet Patrol app now for free from the App or Google Play stores and join the NEUBAU and REN Missions to contribute your data. Once you’ve joined either (or both!) of the Missions, all of the litter you record on the Planet Patrol app will go towards reaching these targets and research to help develop solutions to protect our oceans and the amazing creatures living in them. 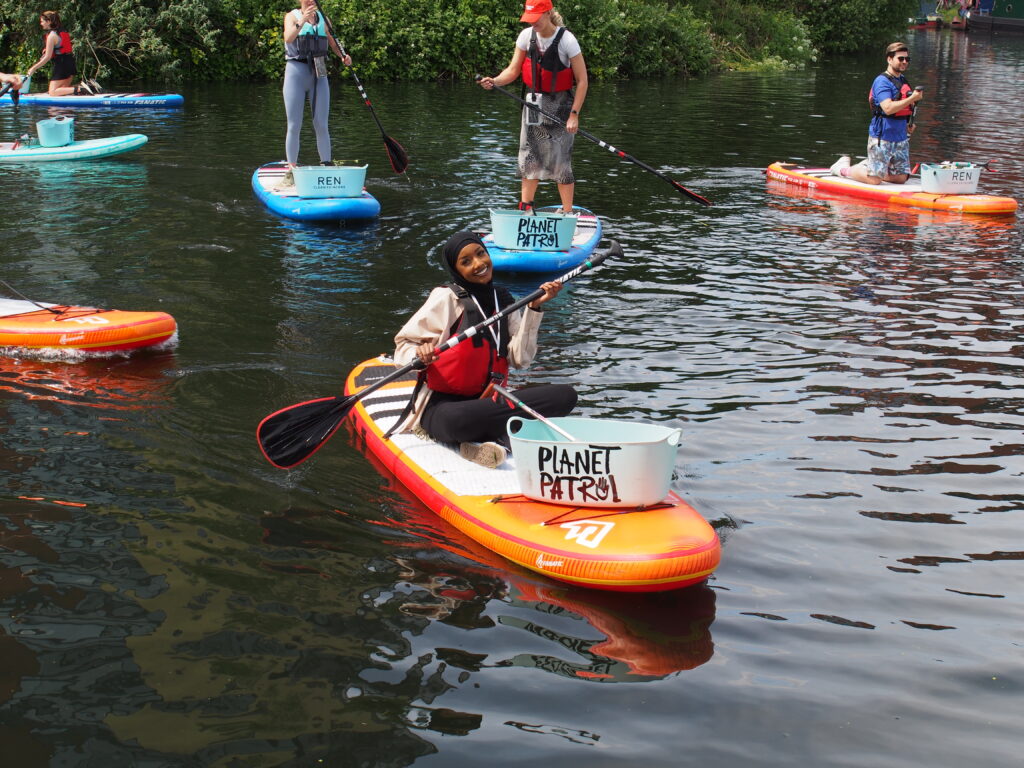