Menu
Menu
PrevPreviousThe man behind Silo, the UK’s first zero waste restaurant, Douglas McMaster
NextA Guide to Fundraising: how you can get involved beyond tracking litterNext

A month in the life of our Community Guardians

“We are like a little army coming round the corner and if you’re a piece of litter lingering in the mangroves, you’re gonna get caught and it’s game over!”

Planet Patrol has catalysed a national movement to eliminate pollution, and our Community Guardians are integral to this movement. Community Guardians are individuals who are committed to our goal and are prepared to go the extra mile to not only protect their community, but our planet as a whole. From organising and leading litter picks to raising awareness of Planet Patrol and the mission in your local area, you can commit to local action for global reward. To find out what a month in the life of a Community Guardian looks like, read on and see if you have what it takes!

We’d like to introduce you to Tom, one of our Community Guardians, who attended his first clean up in his late thirties, where, he said, “the pennies were dropping by the second!”. We followed Tom over the course of a month, so that we could share his experiences to provide insight into this exciting role. Tom was planning a litter pick for the last weekend in August, which he says is one way he pays his ‘nature tax,’ and here’s how easy it was… 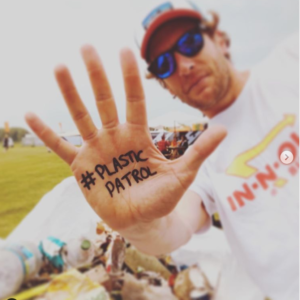 Week one’s tasks involved finalising the logistics: setting a date, confirming a location, sharing the details with all relevant people and advertising. He had also been working on a blog post for Planet Patrol over December and January so finalised this and sent it over to us. Tom uses social media for most of his communications, so he made a Facebook event and invited his friends and local businesses to reach out to the whole community. He also contacted the local council to inform them of the litter pick. Planet Patrol sent Tom our litter picking blueprint – this is effectively a fool proof action plan to use on the day and a risk assessment template. Week one was a success with 19 people already confirmed on his litter pick!

Week two involved more advertising by sharing on social media and talking to people about the event. Planet Patrol had also shared his event which generated more interest. Tom also checked through his equipment (buckets and litter pickers) which Planet Patrol had sent to him prior to his first litter pick in November last year. There was also an optional team brainstorming call with other Community Guardians led by Planet Patrol, which he joined for. Another Community Guardian had recommended that everyone check out a new environmental campaign, so Tom took a look, signed a petition and shared with his network!

Week 3 was relatively quiet because Tom was busy at work. He continued with some of the promoting and Planet Patrol did the same. Tom also joined a clean up by one of Planet Patrol’s partner paddle boarding clubs, assisting everyone in recording their litter at the end. His busy week didn’t stop Tom being the perfect role model with his sustainable lifestyle: he carries his reusable water bottle, coffee cup and lunch Tupperware with him every day, and took part in Planet Patrol’s #5PieceChallenge twice by himself!

“When a crisp packet blows in off the pavement and goes into the water, it slowly fills up with water and begins to sink, it catches the undercurrent and runs through the canals into the rivers – the rivers wash it down river and out into the ocean – to be never seen again until it pops up on an island 8000 miles away and it’s just scary how long this stuff lasts!”

We have been protected against the Covid-19 pandemic by the NHS, but we are protected from the plastic pandemic everyday by our Community Guardians. If you would like to protect your community by becoming a Guardian, or you just want to find out more about how to be involved, check out our Become a Community Guardian page!

Tom has shared some photos of the most weird and wonderful items found on some of his clean ups below so check them out. Oh, and did we mention that Iain Stirling and Laura Whitmore patrolled with Tom recently too! 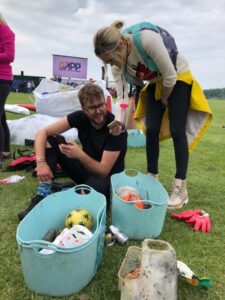 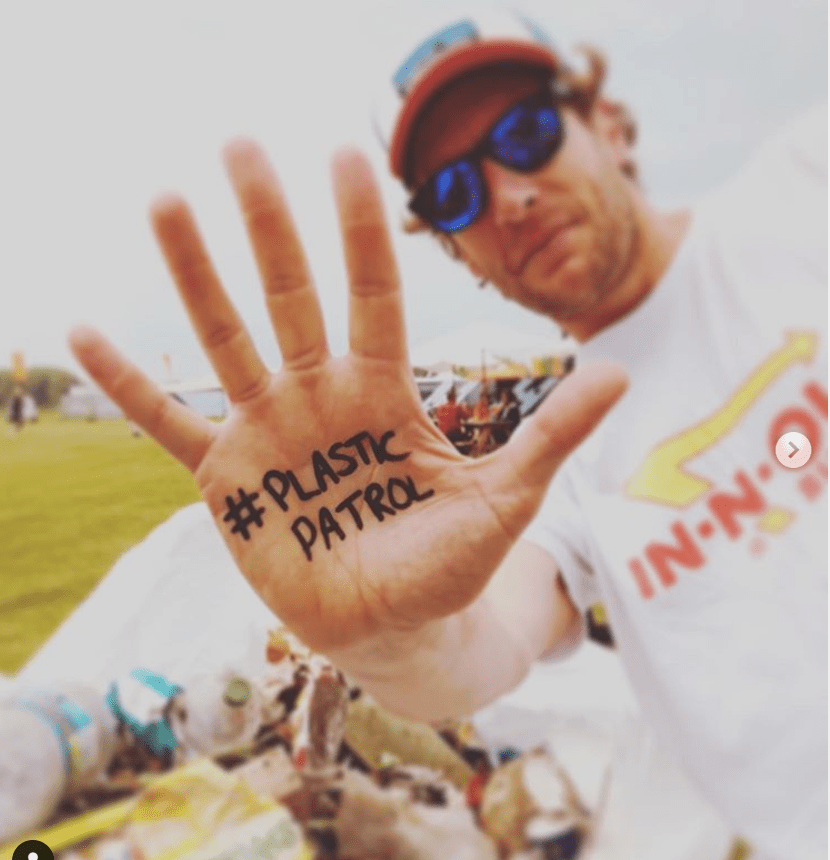