Just how sustainable was the London Marathon?

It was said that the 2019 London Marathon would be the most sustainable yet. 40,000 incredible humans pushed themselves to the limits in the 26.2-mile race, but did the event push itself to be as sustainable as it could be?

With the ‘Attenborough effect’, climate strikes and growing conversation around the environmental crisis we face, sustainability is a hot topic. The London Marathon has a global stage and the opportunity to showcase how sustainability and sporting events can be combined. So how did they do?

What did the organisers do differently this year?

Event organiser Hugh Brasner said ‘we’re trying to lead the way… there’s a raft of initiatives we are using this year that we think will lead to some huge behavioural changes in the future’.

But what exactly were these initiatives?

The number of drinking stations was reduced from 26 to 19, reducing the number of bottles used by 215,000 compared to 2018. Why did they do this? The rationale was that runners don’t need to drink every mile and very rarely finish a whole bottle provided to them, so the number of stations could be cut.

Furthermore, the bottles provided at drinks stations by Buxton and Lucozade were made from 100% or 50% recycled plastic in an attempt to reduce the usage of virgin materials. It’s true that less plastic bottles were used in this year’s marathon, and there were efforts to increase the recycled contents of bottles.

In four London boroughs through which the race took place, a ‘closed loop’ recycling project was attempted. ‘Closed loop’ means that the waste is collected, recycled and then used to produce something new, in this case, new plastic bottles. Whether this actually happened is yet to be validated, with reports of rubbish sweepers collecting roadside plastic bottles that escaped the collection by volunteers, instead heading to landfill. Buxton water has refused to comment further on the success of the ‘closed loop’ system at this stage.

‘Bottle’ belts, designed as a storage device for drinks bottles, were trialled by 700 runners. The idea behind the belt was that often runners simply take a sip and then chuck a bottle to the roadside, instead of drinking steadily from a bottle throughout until it is empty. Whether the belts did encourage this behaviour is yet to be seen. One runner told us that they personally didn’t see any belts being used for this purpose. 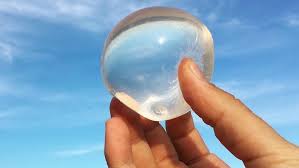 What captured people’s imaginations this year was the trial of 30,000 edible, seaweed based, biodegradable capsules full of Lucozade. I mean, it is pretty cool. But why only 30,000 at one drinks station when there were 40,000 runners? Perhaps people may think differently about how liquids could be packaged, but after that one ball of juice runners were presented with thousands of small plastic bottles. One runner said ‘there were plastic bottles everywhere’, and another admitted they probably used around 30 bottles during the whole race.

The race to get to the race

A huge part of the carbon footprint of sporting events is transport. It is true that race day does wonders for reducing air pollution. In 2018, air pollution fell by 89% due to road closures (lots of lessons to be learnt from that!). Yet runners travel from all over the country, and the world, to race which generates a large carbon footprint. How can we reduce this?

It is true that the 2019 London Marathon produced less waste than in 2018, and shone the spotlight on the need for better sustainable practices in sport. But did they go far enough?

The initiatives trialled by the London Marathon are, despite complaints, a step in the right direction. Tests and trials are needed before practices are put in place and this is what was done.

Could have they trialled plant-based materials? We think so. Other race events this year have announced the use of compostable cups – and these are widely available and a more sustainable alternative to plastic bottles or containers.

Unfortunately at the London Marathon, compostable cups were only used at three drinks stations along the 26.2-mile route, and astonishingly, were actually filled by emptying plastic Lucozade bottles into the cups creating double the amount of waste (this comes firsthand from a runner’s experience)!

As said by one runner, ‘overall I think they are trying their hardest, and hopefully gearing up to be better next year’. Practice makes perfect, so let’s hope the world has watched and learned from the efforts and failings of this year’s marathon. 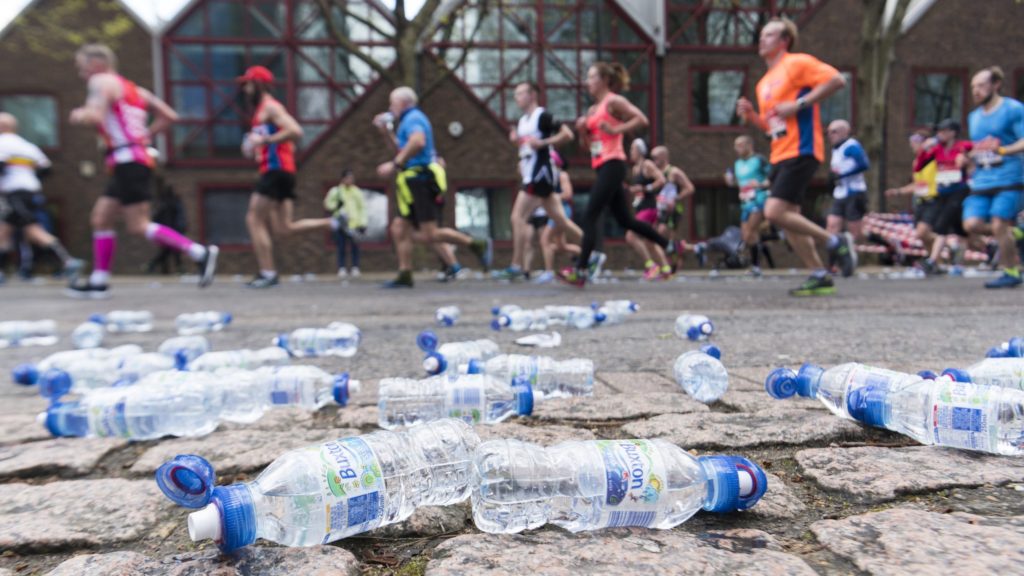