Plastic bags to be BANNED from supermarkets in South Korea

South Korean government has today announced a huge plastic ban from supermarkets starting from October. This applies to 2,000 branches of big supermarket chains and 11,000 smaller supermarket nationwide. Currently supermarkets can provide a plastic bag with a small charge of 50 won (3.5p) or Council authorised rubbish bags for 500 won (35p) as carrier bags. The new complete ban of plastic bags is a result from the plastic bag collection crisis in March and April this year.

Rubbish collection and recycling system in South Korea is relatively advanced than many countries including the UK. The volume-rated rubbish disposal system required landfill rubbish and food waste to be contained in Council’s official rubbish bag, which needs to be purchased individually. All recyclable items must be separated by materials such as aluminium, steel, PET, glass, paper, plastic bags and packaging otherwise they will not be collected.

Due to the strict and detailed recycling system, many South Koreans believe the plastic bags and packaging are recycled and reused, however the truth is far different – They are mostly sold to China and processed to be solid fuels, which cause further environmental problems. Moreover Chinese government announced in July 2017 that they will not import wastes from other countries. This decision had an impact to South Korea. Recycle collection companies refused to collect plastic bags and packaging for weeks in March and April as they were not as profitable as other materials including steel and glass. This group action caused a huge panic to the society and the neglected waste on the streets became hygiene hazards. The happening was resolved in late April but it exposed a fatal blind spot in the recycling system, and the government decided to reduce the actual usage of plastic bags by leading changes of citizens’ daily shopping habits.

The country aims to reduce the amount of plastic waste to half and to double the recycling ratio to 70% by 2030, and the recent announcement is the first step. A complete ban of plastic bags is a progressive measurement, although participation of citizens and businesses will also be essential to achieve the goal.

Once the ban is executed in October supermarkets can provide empty boxes or official rubbish bags with a charge as now. In addition, all bottling companies must change colours of their plastic bottles to clear by 2020 in order to make them easy to recycle. 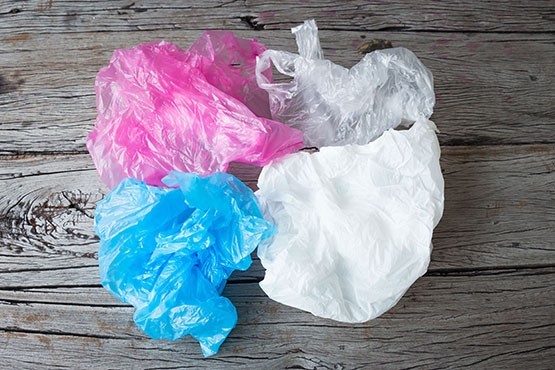